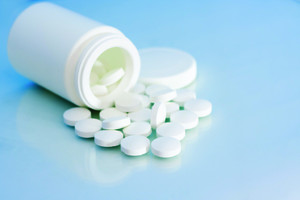 The Mineralocorticoid Receptor Antagonists in End-Stage Renal Disease (MiREnDa) trial included 97 adults receiving maintenance hemodialysis: 75 men and 22 women, mean age 60 years. They were assigned to treatment with spironolactone, 50 mg once daily, or placebo. At 40 weeks, cardiac MRI was performed to assess change in LVM index. Secondary outcomes included the incidence and severity of hyperkalemia and change in residual renal function.

Change in LVM index was not significantly different between treatment groups: 2.86 with spironolactone and 0.41 g/m2 with placebo. Neither were there any significant changes in left ventricular ejection fraction, blood pressure, or functional capacity.

There were 155 episodes of moderate hyperkalemia (predialysis potassium 6.0 to 6.5 mmol/L) in the spironolactone group versus 80 in the placebo group. However, the incidence of severe hyperkalemia was similar between groups: 14 and 24 events, respectively. There was no significant difference in residual urine volume or measured glomerular filtration rate.

Left ventricular hypertrophy is a key risk factor for sudden cardiac death and all-cause mortality in hemodialysis patients. Mineralocorticoid receptor antagonists such as spironolactone can favorably affect left ventricular remodeling in patients with heart failure, but there are few data on their safety and efficacy in dialysis patients.