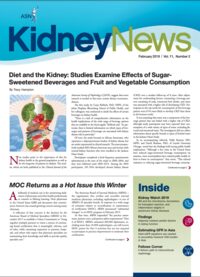 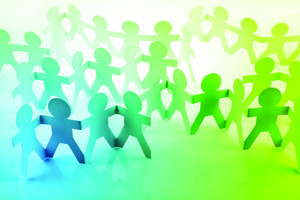 Neighborhood problems and social cohesion are not directly related to decline in kidney function over time—but are still linked to significant differences in chronic kidney disease (CKD) risk factors, according to a study in the American Journal of Kidney Diseases.

The study included data on 6814 men and women from the Multi-Ethnic Study of Atherosclerosis (MESA). Participants were 45 to 84 years old (mean 62 years) and free of cardiovascular disease when they enrolled in MESA in 2000-02. Forty percent of participants were white, 27% black, 22% Hispanic, and 12% Chinese.

A neighborhood problem score was calculated using participants’ baseline ratings in seven domains: availability of adequate food shopping, lack of parks/playgrounds, excessive noise, poor sidewalks, heavy traffic/speeding cars, trash and litter, and violence. The study also included a social cohesion score, based on responses to questions about living in a close-knit neighborhood and having neighbors who get along, help each other, can be trusted, and share the same values. The neighborhood problem and social cohesion scores were analyzed for association with declines in estimated glomerular filtration rate (eGFR).

Neighborhood social context differed by race/ethnicity, and was associated with small differences in the prevalence of risk factors such as hypertension and diabetes. Nevertheless, after adjustment for confounders, neither neighborhood score was independently associated with decline in eGFR.

Lower socioeconomic status is significantly associated with CKD and related risk factors. However, little is known about the impact of neighborhood factors that might play an important role in earlier stages of CKD. The new study finds no independent association between neighborhood problem and social cohesion scores and the risk of eGFR decline in middle-aged and older adults.

Nevertheless, neighborhood social context is associated with many CKD risk factors, including hypertension, markers of cardiovascular disease and diabetes prevalence, and health behaviors such as smoking. The researchers conclude, “Better understanding of the role of neighborhoods is vital because neighborhood characteristics are neither random nor naturally occurring” [Hicken MT, et al. Neighborhood social context and kidney function over time: the Multi-Ethnic Study of Atherosclerosis. Am J Kidney Dis 2018; DOI: 10.1053/j.ajkd.2018.10.015].