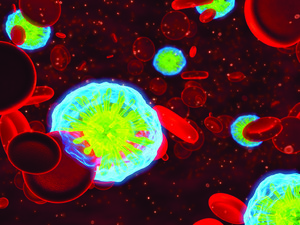 Wall boxes were found to be the source of contamination for an outbreak of gram-negative bloodstream infections (BSIs) at three dialysis facilities, according to a report in American Journal of Kidney Diseases.

In August 2016, the Centers for Disease Control and Prevention (CDC) identified a cluster of five BSIs with Serratia marcescens among patients at an outpatient hemodialysis center. The outbreak was identified by means of routine surveillance data reported to the National Healthcare Safety Network.

Further analysis identified BSIs caused by S. marcescens or similar gram-negative bacteria at two additional dialysis facilities owned by the same company. In October to November 2016, an on-site investigation including CDC participation was performed to assess the scale of the outbreak and to identify the source of the infection.

Over a 17-month period, 58 patients who had undergone dialysis at one of the three facilities experienced gram-negative BSIs, defined as a positive blood culture for any gram-negative organism. The causative organism was S. marcescens in 36% of the infections, Pseudomonas aeruginosa in 21%, and Enterobacter cloacae in 19%. All these organisms are commonly found in water-related biofilms. Multiple gram-negative organisms were isolated in 28% of BSI cases. Eighty-three precent of patients were hospitalized, with a median 8-day length of stay.

Most patients with BSIs had a central venous catheter for dialysis access: matched odds ratio (mOR) 54.32. Other session-specific risk factors included dialysis performed after the first treatment shift, mOR 2.83; and involvement of more than three staff members in the patient’s care, mOR 3.75. Longer dialysis vintage was associated with a lower risk of infection, mOR 0.19.

The investigation identified problems with infection control practices at all three facilities, including deficient aseptic technique during central venous catheter care, missed opportunities for hand hygiene, and lapses in machine and station cleaning and disinfection practices. Inspection revealed problems with wall boxes at the dialysis facilities, including foaming and fluid regurgitation in wall box basins.

Gram-negative bacteria were found in environmental samples including tap water, sinks, and surfaces. All wall box samples showed at least one of the three most commonly isolated organisms. Pulsed-field gel electrophoresis of 18 patient isolates identified two clusters of S. marcescens at one facility and one cluster of P. aeruginosa at another. Control measures included a wall box drain care protocol and staff education on the importance of hand hygiene after touching wall boxes.

With wall boxes reported as the source of contaminated fluids and biofilms responsible for a large outbreak of gram-negative BSIs at related dialysis facilities, inadequate hand hygiene appears to have been the major mechanism by which pathogens spread from the wall boxes to patients. The investigators conclude: “Infections with gram-negative organisms commonly found in water-related biofilms should prompt investigation into water and sources of waste fluid serving as potential reservoirs in the health care environment” [Novosad SA, et al. Multicenter outbreak of gram-negative bloodstream infections in hemodialysis patients. Am J Kidney Dis 2019; doi: 10.1053/j.ajkd.2019.05.012].