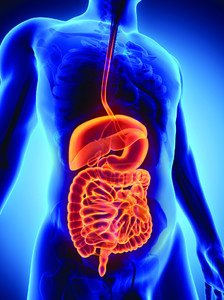 Veverimer Is Effective for Metabolic Acidosis in CKD

The selective hydrochloric acid binder veverimer is a safe and efficacious treatment for metabolic acidosis in patients with CKD, according to a randomized trial report in the Lancet.

The study was a 40-week extension of a previous international industry-sponsored trial comparing veverimer with placebo for patients with CKD (estimated GFR 20–40 mL/min per 1.73 m2) and metabolic acidosis (serum bicarbonate 10–20 mmol/L). In that study (Lancet 2019; 393:1417–1427), 59% of patients in the veverimer group met a composite primary endpoint of increased sodium bicarbonate, compared with 22% of the placebo group.

In the extension phase, 196 patients who completed the parent trial continued to receive their assigned blinded treatment for 40 weeks. Safety was the primary outcome; secondary outcomes addressed the long-term effects of veverimer on serum bicarbonate level and physical functioning.

During the extension, the premature treatment discontinuation rate was 3% in the veverimer group, in no case because of an adverse event, compared with 10% in the placebo group. The rates of serious adverse events were 2% and 5%, respectively. Veverimer was also associated with a lower rate of renal system adverse events: 8% versus 15%.

At 52 weeks, sodium bicarbonate had normalized or increased by at least 4 mmol/L in 63% of patients assigned to veverimer, compared with 38% of the placebo group. At all times, bicarbonate concentrations were higher in the veverimer group. Veverimer was also associated with a relative 12-point improvement in the Kidney Disease and Quality of Life–Physical Function Domain and also with a 3-second difference in mean time to perform the repeat chair stand test.

Metabolic acidosis is a common and serious complication of CKD, for which there are limited approved therapies. Veverimer is an oral nonabsorbed polymer that selectively binds and eliminates hydrochloric acid from the gastrointestinal tract.

This extension study, including an analysis of 52-week outcomes, supports the safety and efficacy of veverimer in correcting metabolic acidosis in patients with CKD. In addition to lasting increases in sodium bicarbonate, this treatment produces lasting improvements in measures of physical functioning. Further studies are needed to evaluate the effects of veverimer on CKD progression and mortality [Wesson DE, et al. Long-term safety and efficacy of veverimer in patients with metabolic acidosis in chronic kidney disease: A multicentre, randomised, blinded, placebo-controlled, 40-week extension. Lancet 2019; 394:396–406].