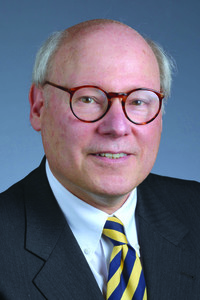 The Belding H. Scribner Award will be tendered to Paul L. Kimmel, MD, on Sunday, Nov. 10, for his career-long contributions to the practice of nephrology. Dr. Kimmel is program manager of the Kidney Precision Medicine Project and director of the HIV Kidney Program at the National Institute of Diabetes and Digestive and Kidney Diseases (NIDDK) in Bethesda, Md.

Established in 1995, the Belding H. Scribner Award is presented to individuals who have made outstanding contributions to the care of patients with kidney disorders or have substantially influenced the clinical practice of nephrology. Dr. Kimmel has made significant contributions in patient care, research, and service to professional organizations.

Dr. Kimmel served as the director of education for ASN from 2006 to 2007 and joined the NIDDK in 2008. He currently serves as senior advisor to the director of the Division of Kidney, Urologic, and Hematologic Diseases, where he has managed programs in HIV-associated kidney disease, acute kidney injury, clinical genetics of kidney disease, kidney precision medicine, and opioid use in dialysis patients.

His research interests include sleep disorders, quality of life, and psychosocial issues (including depression, anxiety, and perception of social support) in ESKD and CKD patients. He is also interested in HIV-associated kidney diseases, long-term outcomes of acute kidney injury, perception of pain, and inflammatory and immunologic factors mediating outcomes in patients with kidney failure.

He has published more than 300 papers, edited two monographs, and edited two editions of the textbook Chronic Renal Disease.

Dr. Kimmel has served on the editorial boards of Blood Purification, American Journal of Kidney Diseases, JASN, and CJASN.

Dr. Kimmel received his medical degree from the New York University school of medicine and trained in internal medicine at Bellevue Hospital in New York City. He completed a fellowship in renal and electrolyte disorders at the University of Pennsylvania hospital and stayed there as a faculty member until joining George Washington University.