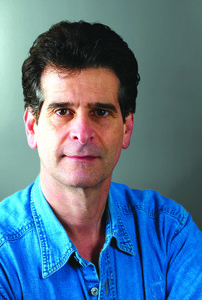 Perspectives on Innovation and Transformation in Kidney Care” will be the topic of a plenary on Saturday, Nov. 9, that will feature famous inventor Dean Kamen.

Mr. Kamen is an inventor, entrepreneur, and tireless advocate for science and technology. Perhaps best-known for inventing the Segway, he holds more than 440 U.S. and foreign patents, many of them for innovative medical devices that have expanded the frontiers of healthcare worldwide, including the first in-home dialysis device.

While still a college undergraduate, he invented the first wearable infusion pump. In 1976, he founded his first medical device company, AutoSyringe, to manufacture the pumps, which rapidly gained acceptance from such diverse medical specialties as oncology, neonatology, and endocrinology.

Next, working with leading diabetes researchers, Mr. Kamen pioneered the design of the first portable insulin pump. It was quickly demonstrated to be a more effective way of controlling patients’ blood glucose levels. At age 30, he sold AutoSyringe to Baxter Healthcare Corporation.

Mr. Kamen led the development of technology to improve slide preparation for the CYTYC (now Hologic Inc.) ThinPrep Pap Test. DEKA teams also developed critical components of an extracorporeal photopheresis device T-cell lymphoma treatment marketed by a unit of Johnson & Johnson. An advanced prosthetic arm in development for DARPA could advance the quality of life for returning injured soldiers. Other notable developments include a surgical irrigation pump and an improved stent.

Mr. Kamen also founded FIRST (For Inspiration and Recognition of Science and Technology), an organization dedicated to motivating the next generation to understand and enjoy science and technology. Founded in 1989, this year FIRST will serve more than 1 million young people, ages 6 to 18, in more than 113 countries. Last year, high-school–aged participants were eligible to apply for more than $80 million in scholarships from over 200 leading colleges, universities, and corporations.

Mr. Kamen’s most recent nonprofit effort is the Advanced Regenerative Manufacturing Institute (ARMI). ARMI’s mission is to develop large-scale manufacturing of engineered tissues and tissue-related technologies. In 2017, ARMI launched BioFabUSA, a public-private partnership with the U.S. Department of Defense to leverage $80 million in federal funding to invest in developing these technologies.

Mr. Kamen has received many awards, including the National Medal of Technology, the Lemelson-MIT Prize, induction into the National Inventors Hall of Fame, and election to the National Academy of Engineering.