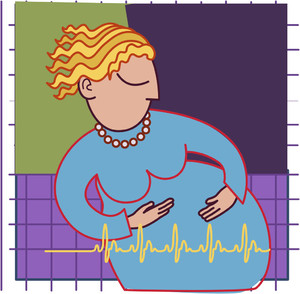 Time on Dialysis, Cause of Kidney Failure Appear to Affect Likelihood of Pregnancy in Women on Dialysis

Fertility diminishes with declining kidney function, and it is challenging for women with kidney failure who are undergoing dialysis to become pregnant. Because there is limited information on current pregnancy rates in women on dialysis, a recent study examined pregnancy data in the United States by age, race, dialysis modality, time on dialysis, socioeconomic status, rurality, and cause of kidney failure, along with factors associated with pregnancy.

“Pregnancy in a woman with end stage kidney disease is not common, and many questions still remain unanswered. I was curious to know the nationwide incidence of conceptions and pregnancies among women undergoing dialysis and whether it was associated with differences in race/ethnicity,” said lead author Silvi Shah, MD, of the University of Cincinnati Medical Center.

In the JASN analysis conducted by Shah and her colleagues, the team analyzed national registry information from the United States Renal Data System, as well as Medicare Part A institutional claims and Medicare Part B physician/supplier claims.

“Previous research has mostly been conducted on voluntary registries and single center studies and therefore accurate estimation of rate of pregnancy in women with end stage kidney disease was difficult,” Shah said. “Our study uses data from the largest retrospective cohort of dialysis patients in the United States.”

The investigators identified 2352 pregnancies and showed that for every 1000 women on dialysis each year, pregnancies occurred in 18 women. Rates were highest in women aged 20 to 24 years.

Kidney failure as a result of diabetes appeared to lessen the likelihood of pregnancy. The likelihood of becoming pregnant was 64%, 38%, 32%, and 18% higher when women’s kidney failure was due to cancer, glomerulonephritis, hypertension, or vasculitis, respectively, compared with diabetes.

“For patients undergoing dialysis, the study findings increase the awareness regarding incidence of pregnancy and factors associated with it,” Shah said. “This information will help them in shared decision-making regarding management of their reproductive health.”

Shah noted that the racial/ethnic differences uncovered in the analysis should be a focus of future research. “The real reasons for these differences remain unknown,” she said. “We were also not able to determine the differences in unintentional and intentional pregnancies and whether level of education was associated with likelihood of pregnancy.”

An unknown pregnancy outcome in 31% of the women is an important limitation of the study, said Giorgina Piccoli, MD, of the University of Torino, Italy.

“The study basically says that pregnancies are much more frequent on dialysis than previously thought, and this, from my optimistic point of view, may be a good message; however, when we dissect the paper, we find that pregnancies more often occur in poor and Hispanic or black women, and we may suppose that these pregnancies are not the positive result of improved care, but the current disaster of lack of attention,” Piccoli said. “In this line, I have been almost shocked . . . to see that, according to the data only about one-third of the babies survived. This paper conveys a fundamental message: pay more attention to women on dialysis and pay more attention to their pregnancies.”