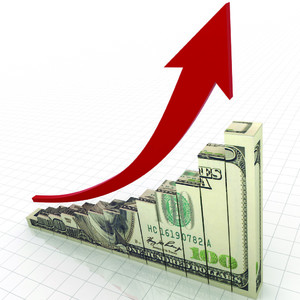 In March 2018, Congress passed, and President Donald Trump signed, a $1.3 trillion omnibus spending bill for fiscal year (FY) 2018 that included significant gains for the National Institutes of Health (NIH). Enacting at least a $2 billion budget increase for NIH in FY 2018 was a top advocacy priority for the American Society of Nephrology (ASN) and peer societies, which had repeatedly and persistently made the case for this investment for well over a year before the bill was signed into law on March 23. All told, NIH received a $3 billion increase, bringing its FY18 budget allocation to $37.1 billion—an 8.8% increase over the enacted fiscal 2017 level. The total U.S. Department of Health and Human Services (HHS) budget is $88 billion.

Within the $37 billion budget, the National Institute of Diabetes and Digestive and Kidney Diseases (NIDDK) will receive $1.97 billion, a boost of 5.4% over the FY17 spending level—in alignment with ASN legislative priorities. As of press time, the specific increases for the Division of Kidney, Urologic and Hematologic Diseases were still being finalized, and ASN will report on that number as soon as it is made publicly available. The bill includes $2.1 million for chronic kidney disease for the National Center for Chronic Disease Prevention and Health Promotion at the Centers for Disease Control and Prevention. The bill also prohibits the administration from capping administrative and facilities fees used to support research institutions—another deleterious proposal bandied around Congress in the last year that ASN opposed.

Increasing overall NIH funding by $2 billion in FY 2018, with a proportional increase for NIDDK, was the focus of requests made to members of Congress during both Kidney Health Advocacy Day 2017 and Kidney Community Advocacy Day 2017, when ASN brought together 21 kidney organizations to make the case for investing in greater funding for kidney research. Additionally, nearly 1000 ASN members responded to calls to and wrote their congressional delegation to urge their support for the $2 billion increase over the course of the past year. The FY 2018 increases for NIH are the result of coordinated advocacy efforts including ASN members nationwide, kidney patient and health professional groups uniting on Capitol Hill, and partnership with national research advocacy coalitions in Washington, DC.

The spending bill also includes language encouraging NIDDK to work with other NIH institutes to advance research for children and young adults with kidney diseases. The report urges support for the Cure Glomerulonephropathy (CureGN) initiative, which has enrolled over 1500 clinical research subjects working toward furthering the understanding of rare forms of kidney diseases. Furthermore, it requests that the National Institute of Minority Health and Health Disparities track the work being done to address the role disparities play in kidney diseases in children.

Language in the bill from the Veterans Affairs Military Construction Committee report requests that the U.S. Department of Veterans Affairs (VA) consider the “benefits provided by national contracts” for dialysis care and asks the VA to explore the Centers for Medicare & Medicaid Services’ renal-focused efforts.

Why did Congress give NIH $1 billion more than the medical research community asked for (which was a $2 billion increase)? There are several possible reasons. First, Congress identified a need to urgently fund several specific needs that were not addressable through existing NIH funds. Second, rather than reducing the budgets of existing Institute Centers or stinting on budget increases needed to keep pace with inflation, Congress allocated additional funding to address these specific new priorities beyond the $2 billion increase that advocates called for. Examples include $500 million for research into the opioid crisis and nearly $500 million to carry out the Brain Research through Advancing Innovative Neurotechnologies (BRAIN) Initiative enacted in the 2015 21st Century Cures Act.

While the increased FY 2018 funding levels are welcome news, by law, spending bills should have been finalized before the beginning of October 1, 2017—the start of fiscal year 2018. Before Congress passed the spending bill to fund the government for the rest of FY 2018 on Friday, March 23, it had already enacted numerous smaller, stopgap spending bills to keep the government doors open. These hiccups in congressional procedure matter because it is difficult for regulatory agencies that fund kidney research—including NIDDK—to make plans for grant funding when it is unclear what, if any, funding will be in their future.

By delaying the finalization of FY 2018 spending, Congress also drastically decreased the time it has to work on a spending bill for FY 2019, leaving only 6 months for its completion. This delay further complicated FY 2019 funding; until this point it has been difficult for lawmakers to make predictions for budget needs and spending for FY 2019 as it was unclear what would take place in FY 2018.

Despite these challenges, ASN is again advocating for more NIH and NIDDK funding in FY 2019, as well as for congressional support of KidneyX, a public-private partnership to accelerate innovation in the prevention, diagnosis, and treatment of kidney diseases. Announced at Kidney Week 2017 by HHS Chief Technology Officer Bruce Greenstein, KidneyX will focus on commercializing new therapies and serving as a catalyst for investment by the private market in ways that are not currently addressed by market forces or federal efforts.

Building upon previous success, ASN is promoting support for these requests from Congress through several initiatives. Highlights of these initiatives include participation in efforts by the Friends of NIDDK and the AdHoc Group for Medical Research to provide an increase for the NIH and NIDDK. In addition, ASN and the American Society of Pediatric Nephrology led a letter of community support for an increase to NIDDK. On March 28, advocates from ASN and the American Association of Kidney Patients were on Capitol Hill advocating for KidneyX and other legislative priorities. In the fall of 2018, ASN will convene a sixth Kidney Community Advocacy Day to bring attention to issues important to the kidney community.