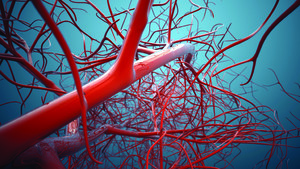 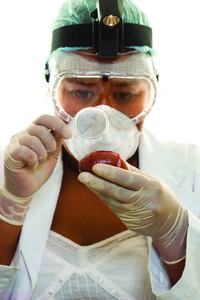 Innovative therapies and a better understanding of the underlying mechanisms of diabetic kidney disease (DKD) are slowing its progression, according to a new Endocrine Society scientific statement on diabetic microvascular complications. The statement also describes the slow progress in finding genetic markers for diabetic kidney disease and says that the cause of disease is misdiagnosed for many patients.

“Vascular complications are the major cause of morbidity and mortality in diabetic patients,” according to “Diabetic Microvascular Disease: An Endocrine Society Scientific Statement.” The kidney, eye, and peripheral nervous system form the triad of “classical diabetes microvascular target tissues. Microvascular renal disease is … a major contributor to the development of end-stage kidney disease (ESKD) in the developed world.”

The best practices in therapy are not a surprise. “The latest research shows that maintaining tight control over blood sugar levels and blood pressure can help to reduce the risk of complications such as diabetic nephropathy,” said Eugene J. Barrett, MD, PhD, of the University of Virginia, who chaired the task force that developed the statement.

“Therapies to prevent or slow the development of DKD are multifactorial and include lowering blood sugar levels with medications, diet, and exercise, as well as treating hypertension and hyperlipidemia,” the statement says.

There are several medications that slow the progression of DKD, but they do not halt it, said Barry I. Freedman, MD, professor of internal medicine and chief of nephrology at Wake Forest School of Medicine, the lead author on the renal section of the statement.

Agents that block the renin-angiotensin aldosterone system (RAAS), such as angiotensin-converting enzyme (ACE) inhibitors and angiotensin receptor blockers (ARBs), are effective at slowing the progression of DKD in patients with high levels of proteinuria. New glucose-lowering agents, including sodium-glucose cotransporter-2 (SGLT-2) inhibitors and glucagon-peptide 1 (GLP-1) agonists, provide hope for slowing progression of established DKD or preventing its development.

The statement reviews the various pathways to microvascular damage (see sidebar) and notes that some of the effectiveness of medications may stem from disrupting these pathways. For example, ACE inhibitors may contribute not only by lowering systemic blood pressure, but could also decrease glomerular capillary pressure by inhibiting the kidney’s production of angiotensin II. Angiotensin II may lead to kidney damage through the induction of local factors, including extracellular matrix protein synthesis via transforming growth factor-b and inflammatory cytokines.

Freedman said an important point in the statement is that “a significant number of people whose kidney disease is attributed to diabetes may be misdiagnosed.” In several studies, renal biopsies demonstrated that 30% or more of proteinuric patients with type 2 diabetes had non-diabetic forms of kidney disease.

“Most patients who have diabetes and progressive kidney disease do not get kidney biopsies,” Freedman said. “Doctors assume that because the patient has diabetes and kidney failure, it is most likely diabetic kidney disease. But many biopsy studies, particularly in those with shorter diabetes durations and without diabetic retinopathy, have shown a large percentage had other kidney disease. Misclassification is not infrequent.”

This misdiagnosis issue is serious not only for patients, who may not receive the most appropriate treatment, but it also interferes with research. If a large percentage of the patients in a diabetic kidney disease treatment trial do not actually have DKD, researchers may miss the effect of a treatment that is actually effective, Freedman said. The inclusion of misdiagnosed patients could also contribute to the difficulties in the search for DKD genes.

The statement notes that its findings apply to both type 1 and type 2 diabetes—along with secondary forms of diabetes resulting from genetic mutations, pharmaceuticals, or surgical interventions—because despite the disparate pathogenesis of these conditions, they all share microvascular dysfunction as a chronic outcome. And it covers much more than the renal aspects of the disease.

A bright spot in research in recent years has been the identification of genes related to non-diabetic forms of kidney disease.

“We have had great success in identifying the genetic basis of non-diabetic kidney disease. Results have changed the field,” Freedman said.

For example, a single gene—the apolipoprotein L1 (APOL1) gene—contributes to 30–40% of ESRD in the African American population, but it is not related to diabetic kidney disease. The APOL1 discovery may soon change clinical practice, for example in kidney transplantation, Freedman said, and researchers had expected similar success in finding genes causing diabetic kidney disease.

But that hasn’t been the case. “The Family Investigation in Nephropathy and Diabetes—the FIND study—looked at nearly 10,000 people from four different ethnic groups. Evidence of genetic associations was found, but the findings were weaker and less consistent. Other researchers looked for DKD genes in the same regions of the genome and didn’t find them,” Freedman said. “We will likely need to look at ‘genetic risk scores’ encompassing results of changes in multiple genes, perhaps 30 or 40 different genes, to see a signal in DKD. Narrowing down those 30 or 40 genes to put into the risk score model has proven to be challenging.”

The statement summarizes some of the best practices in therapies and contingencies that clinicians should take into consideration:

“The statement is an in-depth, detailed report on some of the major microvascular complications of diabetes. It’s a go-to site if you don’t have time to read a hundred papers on each of the complications. Reading even selected parts of it will give you a very good, up-to-date understanding of each complication,” according to George L. King, MD, chief scientific officer at Harvard’s Joslin Diabetes Center, who served on the task force that wrote it.

“Diabetic Microvascular Disease: An Endocrine Society Scientific Statement” was published in the December issue of the Journal of Clinical Endocrinology & Metabolism and can be found online at https://academic.oup.com/jcem/article-abstract/102/12/4343/4604942?redirectedFrom=fulltext.

“Multiple levels of breakthroughs have happened in the last 10 years in our understanding of what could be causing cells to be dysfunctional when exposed to high glucose,” said George L. King, MD, chief scientific officer at Harvard’s Joslin Diabetes Center, who served on the task force that developed that Endocrine Society scientific statement.

A better understanding of these pathways could help in slowing the development and progression of diabetic kidney disease. Some efforts have not succeeded, such as with protein kinase C. Clinical trials have shown that angiotensin-converting enzyme (ACE) inhibitors and angiotensin type-1 receptor blockers delay the progression of diabetic kidney disease. Other efforts have had ambiguous results.

For example, within the renin-angiotensin system, transforming growth factor-β (TGF-β) has confusing effects. Diabetes increases its expression and it is a major inducer of profibrotic responses in diabetic kidneys. However, many studies have reported that TGF-β has potent anti-inflammatory effects on macrophages and is a negative regulator of T cell and B cell activation. Therefore, TGF-β may have protective actions due to an anti-inflammatory effect, and its elevation may be a reaction to the inflammatory stress of diabetes. Thus, its overexpression in many tissues could be an endogenous response to the inflammatory actions of hyperglycemia in vascular cells. “These paradoxical roles of TGF-β make it a challenging drug target,” the statement notes.