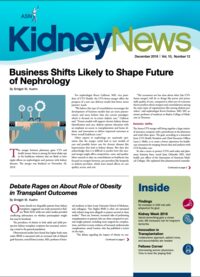 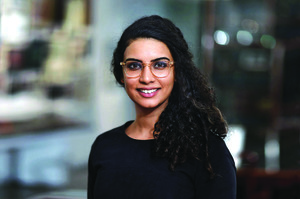 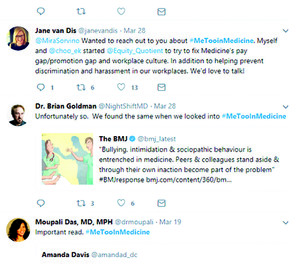 Twenty years ago, a young newlywed senior nephrology fellow set out on a job interview. She sat down with the practice’s senior partners, who asked her general interview questions, including, “Why are you interested in joining our practice?” and “Where do you see yourself in five years?”

The interview was going well, and she began to feel the practice was right for her. As the interview came to a close, one male partner asked, “When do you plan on having children, and how many do you plan to have?”

She said she was unsure about exactly when she would have children and asked why the interviewer was curious. He answered, “Well, we need 100% commitment from you for the first two years. After two years of employment, and if you make partner, you can think about having a couple of them.”

Statements like these were not uncommon at the time. The woman said she understood and thanked them for their time. She later joined their group and worked tirelessly, taking a total of 12 days off during her first two years of practice. Once she made partner, she used all of her accrued vacation days and gave birth to her first child. Situations like this are unfortunate, but they continue to happen, even to this day. Even to me.

During my final year of fellowship, I looked forward to interview season more than anything. It was the light at the end of the tunnel that took over a decade to build.

It wasn’t until I was being interviewed that I realized some practices didn’t see me as a physician. They saw me as a woman. I was asked questions like these: “How old are you?” “Are you married?” “What does your husband do?” and “When do you plan on having children?”

Bewildered, I asked around and learned I was not alone. A friend and fellow applicant shared her experiences, stating that during her interview she was asked, “Your reference mentioned you have 3 children; how do you plan on balancing this job and all your kids?” Even outside my circle of friends, I found a whole arsenal of women in healthcare who have had similar experiences.

The #MeToo movement has inspired women who have experienced sexual harassment to come forward in Hollywood, and the #MeTooInMedicine movement has led women in healthcare to shed light on this matter as well. Multiple groups of women in healthcare have also come together online to discuss various workplace gender-related issues. Recently the hashtag #QuestionsIveBeenAskedAsAWoman surfaced on Twitter, exposing sexist questions women have been asked during work hours, during meetings, and during interviews.

Although female physicians are no stranger to employment discrimination, both federal and state laws prohibit it. The Civil Rights Act of 1964 prohibits discrimination based on race, color, religion, sex, or national origin. Furthermore, the Civil Rights Act was amended to include the Pregnancy Discrimination Act in 1978, allowing women affected by pregnancy, childbirth, or related medical conditions to be treated the same as other employees for all employment-related purposes.

The Family and Medical Leave Act (FMLA), which passed in 1993, prohibits discrimination for specific family and medical reasons including birth of a child, care of a newborn, and care of a family member with a serious health condition. Despite this prohibition, employers continue to ask women about their marital status and child-rearing plans during interviews. Other examples of prohibited questions include those about birth control, childcare arrangements, and a spouse’s job.

Employers should ask questions that assess an applicant’s job qualifications. They should avoid asking any questions of their female applicants that they do not ask of their male counterparts. Female applicants should prepare themselves in anticipation that a prohibited question may be asked during an interview. According to www.FindLaw.com, here are steps you may take if as an applicant you are confronted with such a question:

Entering the workplace as a woman physician has its own unique set of struggles, but working toward the goal of equality is worth striving for. As my interview season came to an end, I found that my interview at a Veterans Affairs (VA) Hospital was surprisingly one of my best experiences. The VA asks all applicants standardized questions that have been deemed appropriate for the job they are seeking.

It is time for employers to reevaluate their interview methods and try to adopt a fair process for hiring new physicians. Such a process would respect each applicant. It would not place likability and capability at odds. And it would not engender concealment for fear of being passed over, while providing the employer with the necessary information to make an informed decision.