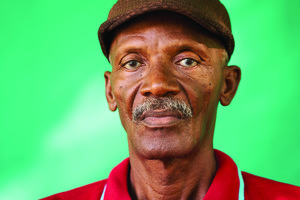 Shedding further light on disparities in, and the impact of discrimination on, kidney disease rates and care was the focus of a Kidney Week 2017 session titled “Context Is King: Neighborhood and Social Networks as a Risk Factor for Chronic Disease.”

Many studies about income and race disparities in the incidence of kidney diseases are well known, including higher incidence rates for lower income blacks and whites (1) and the heightened proportion of ESRD incidence across neighborhood poverty levels (2).

Deidra C. Crews, MD, ScM, FASN, outlined some of the more nuanced research on this subject in her presentation, “Disadvantage, Physiologic Stress, and Kidney Diseases in the United States,” including work she and others conducted in the REGARDS study (REasons for Geographic And Racial Differences in Stroke study (3). In REGARDS, researchers examined the effect of the density of county-level poverty on ESRD risk, that is, whether or not poor counties being surrounded by other poor counties versus by more affluent counties affected ESRD risk. They found that greater density of county-level poverty was associated with greater individual risk of ESRD, but that household income was a stronger predictor of an individual’s ESRD risk.

An often-cited finding that, overall, blacks survive dialysis at higher rates than whites led researchers to examine survival rates among younger (<50 years of age) blacks and whites of both higher and lower socioeconomic status (SES) (4). Over five years of follow-up, beginning after dialysis initiation, both the higher and lower SES young blacks fared worse than their white counterparts. In a study focused on earlier kidney disease, Crews and colleagues found higher rates of albuminuria in those with lower incomes (5). Although the association with income was noted for both white and black study participants, the association was strongest among blacks.

Perceived discrimination based on race or gender

Saban K et al. diagrammed the relation of cumulative life stressors to allostatic load—the cumulative impact of physiological wear and tear related to maladaptive stress patterns that predispose individuals to disease (7). Allostatic load is one example of how social disadvantage “gets under the skin,” Crews said. She noted that social disadvantage is a strong risk factor for kidney diseases, and that even perceived discrimination is associated with kidney function decline among specific race/gender groups. Crews called for studies examining biological and behavioral mediators of social disadvantage and kidney outcomes, intervention studies targeting these mediators, and advocacy for policies supporting socially disadvantaged individuals’ health.