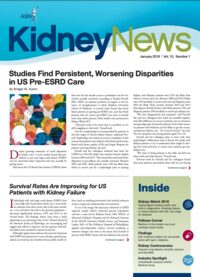 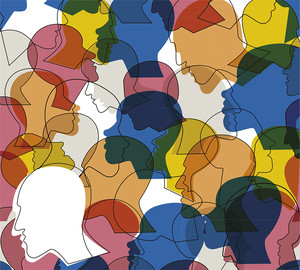 Despite growing awareness of racial disparities in kidney care, 2 recent studies found that pre-dialysis or pre–end stage renal disease (ESRD) care for minorities hasn’t improved and may actually be getting worse.

Data from the US Renal Data System (USRDS) show that over the last decade access to predialysis care for minorities actually worsened, according to Tanjala Purnell, PhD, MPH, an assistant professor of surgery in the division of transplantation at Johns Hopkins University School of Medicine. A second study found that fewer black patients are getting pre-ESRD care, and that black patients who do receive pre-ESRD care seem to benefit more than white patients. Both studies were presented at Kidney Week 2017.

“Clinicians need to be aware this is a problem we are still struggling to deal with,” Purnell said.

Care by a nephrologist is recommended for patients in the later stages of chronic kidney disease, explained Purnell. Nephrology care improves access to transplant. It also ensures that patients start dialysis with fistula and has been linked with better quality of life and longer lifespans for patients receiving dialysis, she said.

“We were disappointed and surprised,” said Purnell. She and her colleagues have ruled out possible explanations like difference in access to primary care or insurance among subgroups of minority patients. Even older minority patients with Medicare are less likely to get the recommended pre-dialysis care. “It’s across he board,” she said. The one exception was young patients aged 18 to 24.

Purnell and her colleagues plan to meet with their nephrologist collaborators and to discuss the results with dialysis patients to try to understand what might be driving this trend and how to ensure more patients get pre-dialysis care.

“We want to bring patients to the table and find out what works and what doesn’t,” Purnell said.

Previous work by Purnell and her colleagues found that some patients, particularly those who are not having symptoms, may not want to see a specialist because they feel that would be accepting they will get worse.

“In the African American and Hispanic communities, we may need to educate patients about the benefit of seeing a specialist before they get sick,” she said. Purnell suggested that more collaborative models of care where primary care physicians work more closely with nephrologists may also help.

A second study co-authored by Jennifer Bragg-Gresham, MS, PhD, an assistant research scientist at the Kidney Epidemiology and Cost Center at the University of Michigan, and her colleagues looked at USRDS data on 791,248 patients receiving dialysis who began treatment between 2006 and 2015. They found that 53.1% of black patients received pre-ESRD care compared with 60.1% of white patients. All patients receiving pre-ESRD care had a lower risk of death, but black patients appeared to benefit disproportionately, with a hazard ratio of death of 0.73 compared with 0.81 for white patients.

“The reason why pre-ESRD care is associated with superior survival among blacks is not clear,” said Bragg-Gresham. “However, we speculate that either the health status of black patients reaching dialysis is better than their white counterparts or they are biologically more responsive to treatments given to them during their care.”

She noted that previous studies have shown that black patients have better survival than white patients on dialysis, which may partly be explained by the fact that on average black patients start dialysis at a younger age, have fewer comorbid conditions, better nutritional status, and better laboratory measures than white patients. Bragg-Gresham and her colleagues plan to expand their analysis to look at whether disparities exist for other races and ethnicities.

Vanessa Grubbs, MD, associate professor at the University of San Francisco in the division of nephrology, said she is not surprised by the persistent disparities in kidney care. She said most efforts to reduce disparities have been very narrowly targeted and don’t address larger societal issues like systemic racism.

“We tend to think everything that improves health happens in the hospital,” she said. “We aren’t looking at the larger things happening in this country.”

Physicians often treat race as a biological construct rather than a social one, which may also contribute to disparities, she noted. For example, race-based adjustments to glomerular filtration rate, which are intended to account for higher than average muscle mass among African Americans, may delay referral to transplant for months or even years.

Physicians often cite distrust of health care among minorities as a reason for disparities in care, she said. But the number of minority physicians still lags, and many physicians don’t address their patients’ day-to-day experiences with racism or their family’s history of dealing with institutional racism. Addressing those issues and reassuring patients that the care they are receiving is the same they would give a family member can help, she said.

“No one really speaks to the elephant in the room,” Grubbs said. “It would be helpful if physicians just called it out.”

“Racial and Ethnic Disparities in Access to Predialysis Nephrology Care in the US: Have We Made Any Progress over the Last Decade?” (Abstract SA-OR014)