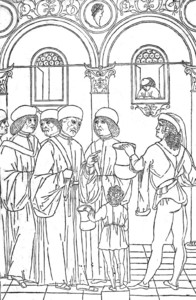 The Centers for Medicare & Medicaid Services’ (CMS) proposed fixed payment bundle system could have an unintended consequence—reduced access to dialysis for African Americans, suggests a study in the July Journal of the American Society of Nephrology.

Racial differences in hemoglobin levels and requirements for erythropoietin-stimulating agents (ESAs) could provide a financial disincentive for dialysis centers to accept African American patients under the coming bundled payment policy, according to Areef Ishani, MD, of the University of Minnesota. “The concern is that when you go into a fixed-bundle payment, where everyone gets paid the same irrespective of race and the influence of race on injectable medications, it could turn out to disadvantage African Americans,” said Ishani.

The concerns arise from the recent proposal to alter CMS reimbursement for outpatient hemodialysis. The proposal calls for a “fixed payment bundle” covering both outpatient dialysis and injectable medications. According to the proposal, dialysis facilities “would no longer have an incentive to provide more ESRD drugs than clinically necessary” and clinicians would have “more flexibility in decision making because incentives to prescribe a particular drug or treatment are reduced.” (The complete proposal can be downloaded at http://www.gao.gov/new.items/d0777.pdf.)

However, Ishani and colleagues saw cause for concern regarding the policy’s potential impact on African-American patients. They noted that African Americans historically start dialysis at lower hemoglobin levels that white patients and are less likely to receive ESA therapy before initiating dialysis.

Using Medicare data, they identified about 12,000 patients starting hemodialysis during 2006. “We were looking primarily at people with the same insurance source—they all had Medicare,” said Ishani. “None had been treated with an ESA in the two years prior.” All received EPO during their first two months on dialysis. (A small number of patients who received darbepoietin alfa were excluded from the analysis.)

“We looked at initial hemoglobin, and yes, African Americans did come into the program with lower hemoglobins compared to whites,” said Ishani. The baseline hemoglobin level in African American patients was 9.9 g/dL, compared to 10.3 mg/dL in white patients. After adjustment for sex and other variables, the racial difference was about 0.35 mg/dL.

African-American patients also had higher initial EPO requirements. “We looked specifically at EPO during the first two months, and it turned out that African Americans used about 10 to 11 percent more, compared to whites.” When baseline hemoglobin level was taken into account, the racial difference in EPO narrowed to about 7 percent.

In some studies, apparent racial differences in hemoglobin and ESA requirements have disappeared after adjustment for other factors. “Some researchers have looked at this, and they can make this difference go away. But they have to adjust for a lot of things,” said Ishani.

“That’s well and good from a biological perspective. The concern we have is that Medicare doesn’t pay biologically adjusted values. When you go into a fixed-bundle payment, where everyone gets paid the same irrespective of race and the influence of race on the injectable, it could turn out to disadvantage African Americans.”

Racial differences in requirements for other injectable drugs could also have an impact. “The other big injectable would be vitamin D, and there are other studies showing that African Americans use more vitamin D as well,” Ishani said. “Between EPO and vitamin D, you might have a combined deleterious effect of this new legislation.”

One concern is that dialysis centers—most of which are for-profit entities—might find it less profitable to treat African-American patients. “Dialysis providers know what their cost structures are, and they know what their reimbursement rates are, and they can figure this all out—probably more accurately than we can using national data,” said Ishani.

Other dialysis center characteristics may also affect revenue under the new proposal. In Nephrology News & Issues, J.G. Bhat, MD, and colleagues of Atlantic Dialysis Management Services in Ridgewood, NY, found that the new policy would have significant negative cost implications for small to mid-size dialysis providers. “We modeled our patient-level financial and clinical data as per the methodology proposed by CMS,” said Bhat. “In our small data set, we found that the case-mix adjusters as currently defined very poorly and inaccurately predict the actual costs of ESRD care. Therefore, we believe that many smaller facilities may be placed at an increased financial risk.”

The study by Ishani et al. had some important limitations: it included only patients over age 67 with Medicare as their main insurance source, limiting generalizability. Also, ESA requirements may change after the first two months on dialysis.

The Medicare Improvements for Patients and Providers Act (MIPPA), passed last summer, calls for a bundled payment system to be implemented by 2011. To adjust for differences between patients, basic case-mix information would be used to modify the monthly captitated payment. The text of MIPPA mentions race/ethnicity as one possible factor to be considered as a payment adjuster, along with other case mix factors such as body mass index, comorbidities, and time on dialysis.

So as it stands, race may be included as a payment adjuster—but it might not, according to Ishani. “It’s at a point where it’s unclear whether this will make the final cut for what’s included as an adjustment.”

Said Bhat: “The expanded bundle needs to be re-examined prior to implementation, and the inclusion of race as an additional case-mix adjuster needs to be strongly considered.”

That won’t be decided until CMS issues its bundling rule, which will likely occur sometime this summer, according to Jonathan Himmelfarb, MD, director of the Kidney Research Institute and professor of medicine at the University of Washington. “Until then, it’s unknown whether or not CMS will view the potential impact of race and gender as an important component for case mix adjustment for the ESRD expanded payment bundle,” said Himmelfarb, who is chair of ASN’s Public Policy Board.

He expects there will likely be a 60- to 90-day public comment period, during which nephrologists, dialysis center operators, and other interested parties will have a chance for input. “When the CMS rule comes out, I think it’s fair to say that ASN will be paying close attention, and may or may not comment, depending on what it looks like,” Himmelfarb said. “Our goal will be to see that the final decisions on these critical issues are shaped by scientific data—the more science that is available, the more evidence-based the final rules can be.”