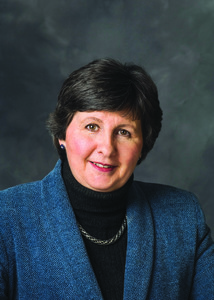 In this month’s issue, ASN Kidney News editorial board member Edgar Lerma interviewed Sarah Prichard, MD, vice president of global clinical affairs for Baxter International’s renal business, about the history and future potential of home hemodialysis. Kidney specialists are sometimes quick to ask, “Is home hemodialysis right for this particular patient?” Prichard points out that now may be the time for practitioners to ask, “Is it right for my practice?”

Can you provide a little history on home hemodialysis? I understand that it was the most common form of renal replacement therapy in the early 1970s and has recently gained in popularity.

Home dialysis is widely used today, predominantly in the form of peritoneal dialysis (PD). There is a clear trend toward home dialysis therapies and increasing interest in home hemodialysis (HD), which presents an additional treatment option for patients.

As physicians began to use hemodialysis (HD) to treat chronic renal failure in the early 1960s, the number of patients being treated increased. The demand for treatment quickly exceeded the capacity of facilities to provide it, which in turn created the need for alternative methods of treating chronic renal failure.

If nephrologists are going to adapt to the emerging research on the benefits of nocturnal and short daily dialysis. . . they should consider establishing a home program within their practice.

There is some controversy over who was first to do home HD (1). In July 1963, John Merrill began using Baxter twin coil dialyzers to treat four male patients at home. About the same time, Belding Scribner (inventor of the Scribner shunt, the first chronic dialysis blood access) and Les Babb, a professor of nuclear engineering at the University of Washington, developed a small home dialysis system after the 15-year-old daughter of a friend of Babb’s was turned down for dialysis at a small community dialysis center in Seattle (1). In September of the same year, Stanley Shaldon in London began using a setup similar to that of the Seattle machine. Initially patients were dialyzed at home twice a week for many hours. Shaldon was the first to dialyze patients at home thrice weekly overnight, as the daily schedule was inconvenient (2).

In the early 1960s, dialysis was unavailable in most cities in the United States and abroad. Home HD accommodated the demand for HD at an affordable price since no government funding was available to help patients pay for their therapy. Home HD allowed the maximum number of patients to be treated with the limited resources available (3).

In 1973, the United States government passed legislation for Medicare to pay for the cost of dialysis. As a result, more patients could receive treatment because cost was no longer an issue. The number of treatment facilities and patients being served increased even more. These events are viewed as the beginnings of the modern dialysis industry in the United States. Dialysis providers made substantial infrastructure investments to create more facilities or to increase capacity in existing facilities, which, in turn, triggered an increase in in-center treatment for chronic renal failure.

In the 1980s, the introduction of PD offered an excellent option for patients who wanted to do home therapy. Today, the majority of patients who do home dialysis are doing PD.

As the clinical benefits of frequent HD and more flexible prescriptions emerged in the last decade, and as HD devices have been developed especially for the home, there has been an increased interest in and gradual growth in the number of patients doing home HD. Patients are also taking a greater interest in their treatment and health, which has contributed to the trend toward being treated in the home. In their homes, patients have more influence over how their therapy affects their work and lifestyle.

Home HD can be done at night, while the patient is asleep, or during the day. It typically is done three to six times a week. The length of the dialysis varies. If done during the night, it can last as long as the patient wants to sleep—from five to eight hours. If done during the day, the treatments are usually from two to four hours. Patients on in-center HD therapy typically receive treatment at a dialysis facility three times a week for three to four hours each session. The HD machines used at home are either similar to standard in-center HD machines or are designed specifically for use in the home, such as the NxStage machine.

In the future, our hope is that patients will be able to carry out HD at home with a device that is easy to use and has been designed with “human factors”—the abilities, limitations, and potential errors of the user—in mind. The device used at home should allow the physician as much flexibility as possible in terms of the patient’s prescription, including the option to dialyze daily while the patient is awake or asleep and to increase the dose of dialysis given compared to conventional in-center HD, which may improve patient outcomes.

Existing home HD technology does not always afford a physician the flexibility to prescribe the best possible treatment—which may be daily nocturnal dialysis—for the patient’s condition and lifestyle preferences.

Home HD must also be easy to administer and safe for the patient. As technology becomes more user-friendly and intuitive, more patients will become eligible.

Some patients prefer the social support they experience with other patients in the in-center environment, particularly if they are otherwise living with their condition in isolation. Treatment at home is often preferred, however, by patients who do not live alone, or who have good social connections, or who want more control or involvement in their health care.

Because patients on any HD therapy gain fluid weight between sessions, they may limit fluid intake and modify their diets if they are receiving dialysis only three days a week as is typical with in-center HD. When patients are able to have their therapy at home, physicians and patients can be more flexible in determining a treatment schedule that is optimal for the patient.

Observational studies suggest that home HD can offer a few key clinical advantages such as blood pressure control, improved phosphate levels, lessening of sleep apnea, return of fertility in women, and improved cardiac function. In addition to the clinical benefits of daily dialysis, patients experience significantly better quality of life, particularly if patients can dialyze at night. The time commitment required for in-center dialysis affects patients’ lifestyles, including making it difficult to hold down a full-time job.

There has been only one randomized controlled trial comparing nocturnal daily home HD with a conventional thrice weekly prescription done in the home. The patients on daily nocturnal home HD had better blood pressure control and significant reduction in left ventricular mass, as well as an improved quality of life. Left ventricular mass reduction is evidence of a potential improvement in cardiac function and health-related outcomes

Published in the Journal of the American Medical Association in September 2007, the trial highlights the need for greater patient and physician awareness of the variety of home dialysis modalities available [J Am Med Assoc 2007; 298:1291–1299).

Several studies have shown that patients who are objectively informed about dialysis treatment options more often choose home dialysis than do uninformed patients. As patients become more empowered in managing their diseases, home therapies allow them to have some ownership in their treatment.

How important is the resurgence in home hemodialysis to the overall end stage renal disease (ESRD) program?

Home dialysis therapies will be critically important to the overall ESRD program in the near future. Home HD will offer physicians an option in addition to PD for patients who prefer a home therapy. There is a clear trend toward treatment in the home—not only in the management of ESRD, but also for many other chronic diseases.

The incidence of end stage renal disease is growing, fueled largely by diseases associated with an aging population, hypertension, and increasing rates of diabetes. This growing burden is leading to more consideration of home-based therapies as a way to offer patients greater convenience and potentially increase levels of patient satisfaction and well-being, as well as to help maximize public health resources by relieving some of the burden of capital investment, staffing, and infrastructure. For example, by expanding their practices into the home, nephrologists can also alleviate the impact of the nursing shortage.

If nephrologists are going to adapt to the emerging research on the benefits of nocturnal and short daily dialysis, the changing economic environment, and the trend toward patients’ involvement in their treatment, they should consider establishing a home program within their practice.

Currently, all dialysis is reimbursed at three times per week. Providers may also be reimbursed for separately billable drugs used in HD therapy. However, this is changing.

Bundled reimbursement requires providers to rethink how to treat their patients and manage their businesses. The Medicare Improvements for Patients and Providers Act of 2008 (MIPPA) expands the bundle of covered services for ESRD to include medications that, until this point, had been excluded and were reimbursed as separately billable drugs. As providers explore ways to right-size their resources with the best possible treatment for each patient, home HD and PD offer nephrologists effective and viable levers to pull.

The new Conditions for Coverage incorporate clinical advances in dialysis therapy and emphasize quality outcomes, patient empowerment, and home as the preferred place of therapy. This, too, will impact all ESRD facilities participating in the Medicare program. The Centers for Medicare and Medicaid Services anticipates that this rule will promote “patient independence and the use of home dialysis whenever appropriate.”

If a private nephrologist or group of nephrologists decides to create a home hemodialysis program, what would be the infrastructure requirements, e.g., staffing, number of patients, and payer mix?

From an infrastructure standpoint, having a competent nurse is the most critical success factor in any home program. Investing in a nurse to support your home HD program also requires investment and support of his or her training. For example, it is important for nurses to understand that home HD may require changes to patients’ homes, such as their water supply and electricity.

Payers currently are reimbursing for home HD, and many of them are reimbursing at a frequency of greater than three times per week. Private payers have historically reimbursed for dialysis services at a higher rate than Medicare alone, enabling providers to offer these services to their patients. To create a sustainable and efficient home HD program, it is beneficial to aim for about 15 patients. If you are committing resources to a program, you will need to be supportive.

Henrich was Chairman of Medicine at the University of Maryland School of Medicine before coming to UTHSC in 2006. Previously, he held several positions at the UT Southwestern Medical School in Dallas, including professor of internal medicine, and was associate chief of staff for research and development at the VA Medical Center in Dallas.

Among Henrich’s areas of expertise are dialysis therapy and blood pressure regulation. He is the editor of a popular dialysis textbook and has authored some 280 scientific papers and other contributions. Henrich was president of ASN for the 2006–2007 term.

ASN Kidney News reports on member honors and new positions at the level of division director or higher, depending on space available. Please send announcements to kidneynews@asn-online.org.